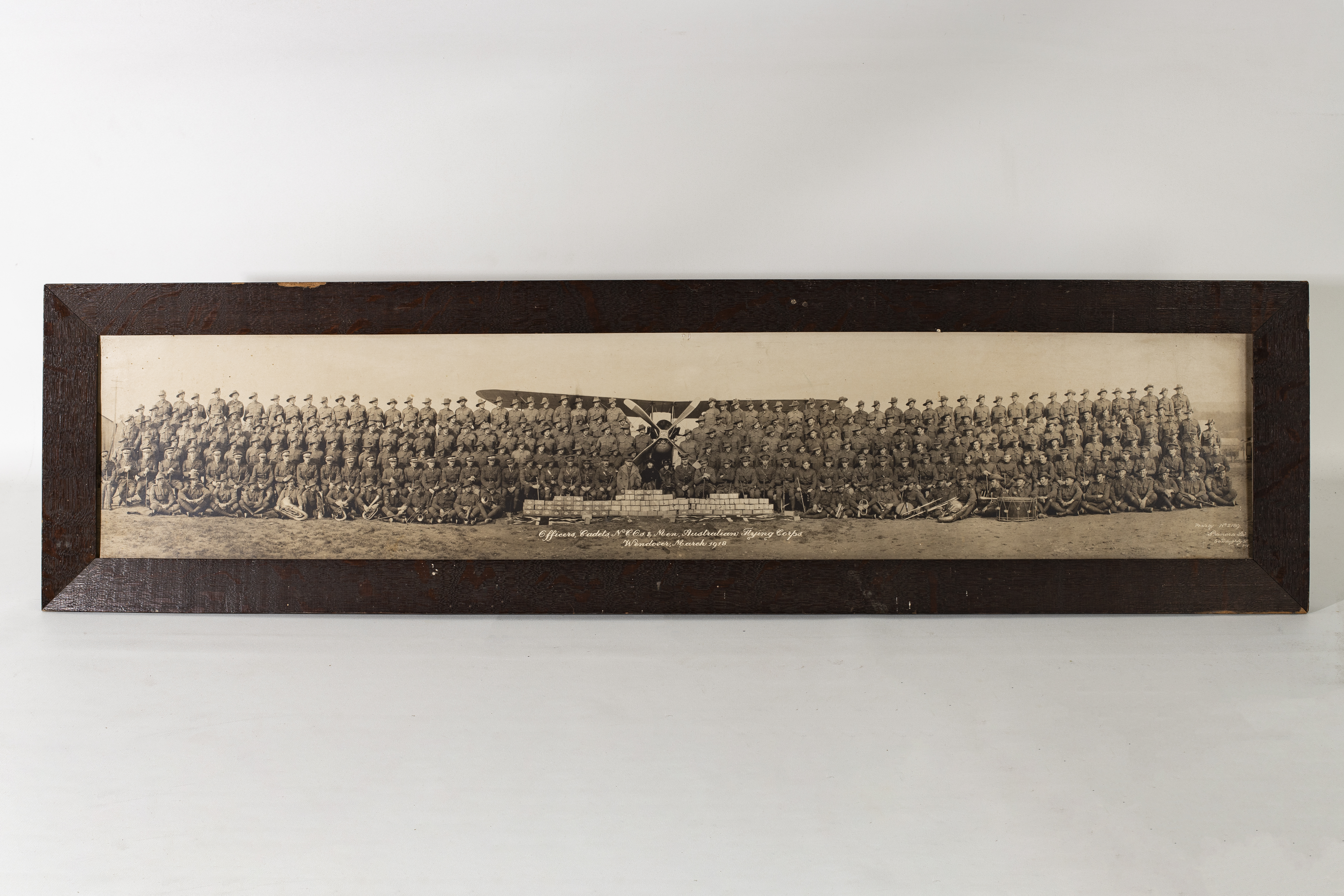 On March 11th, 1918, this panoramic photo was taken of an AFC Training Depot unit in front of a B.E.2 aircraft at Halton Park Camp (now known as RAF Halton). Located in Wendover, Buckinghamshire, England, this is where aircrew and mechanics have been trained for over a century. 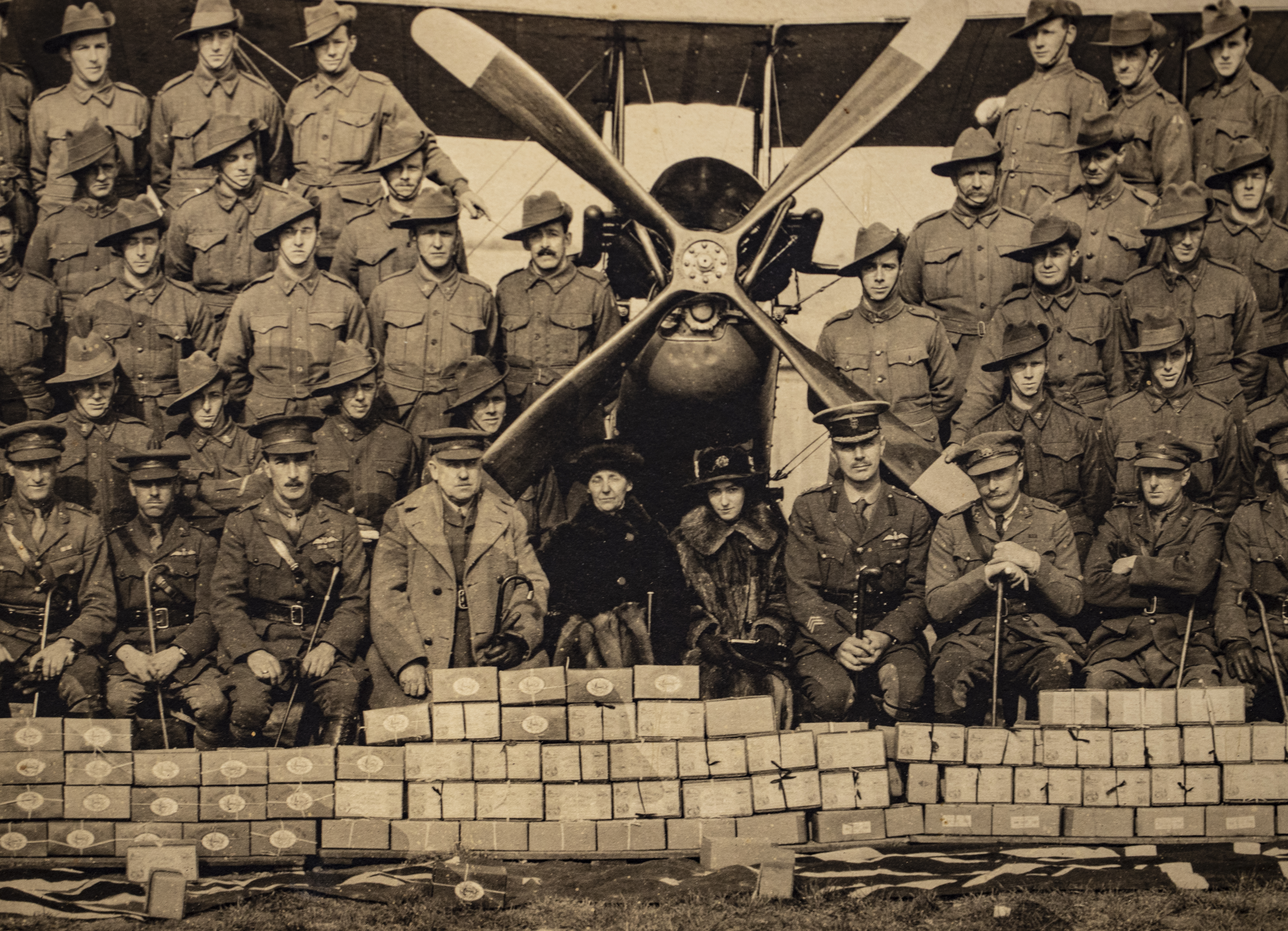 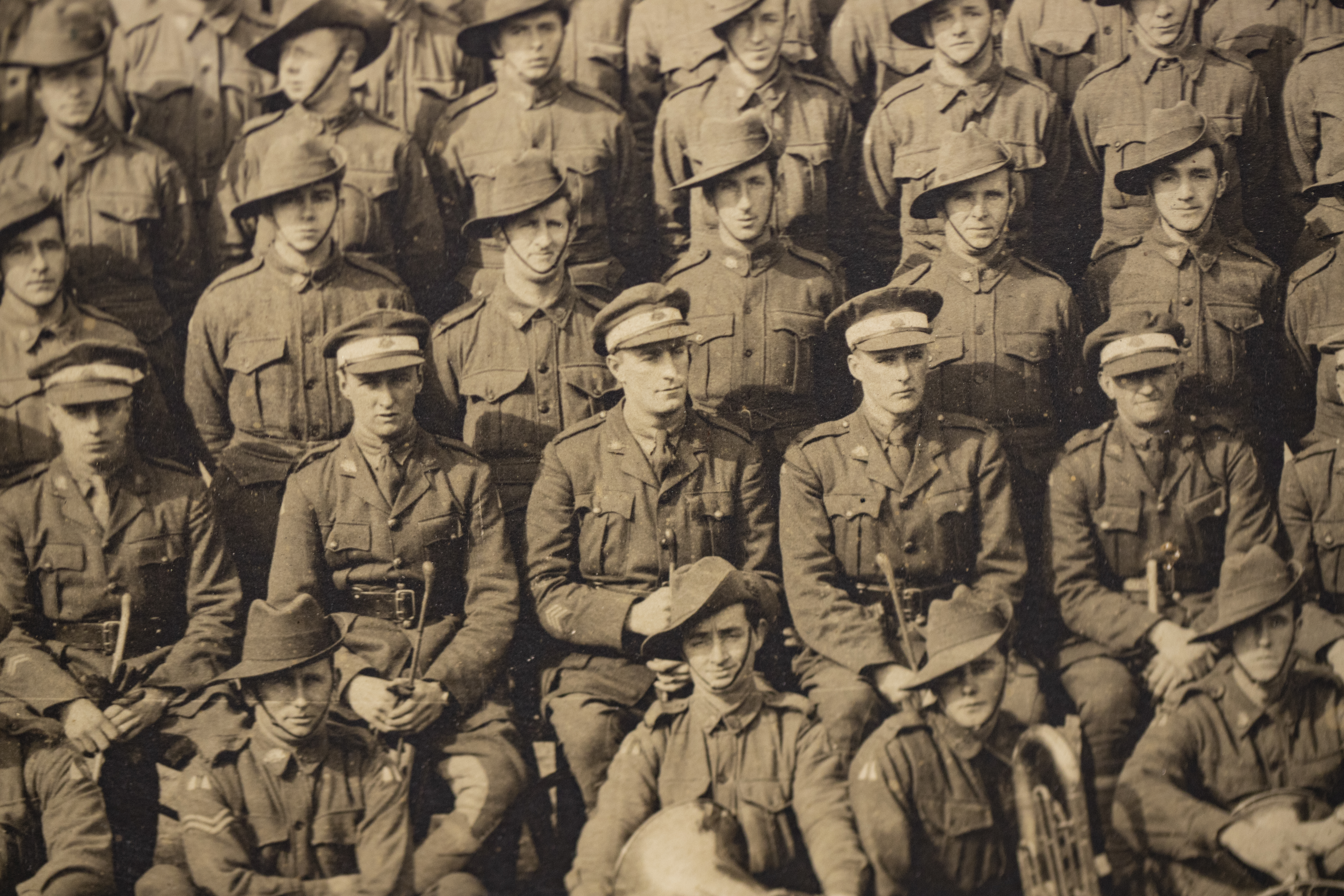 On the left are aircrew cadets/pilots in training (clear from the white hatbands), and on the right are flying instructors (evident from the wings badges).

In the front row, the AFC band can be seen with their musical instruments along with a stack of gifts (labelled ‘Australian Xmas greetings’), two Union Jack flags, and an Australian flag. Mrs Henley and her daughter presented these Christmas gifts to the unit on behalf of the Australian Comforts Fund.

The RAF Halton base began in 1913 when the land was owned by Alfred de Rothschild. Rothschild invited a Royal Flying Corps squadron to practice manoeuvres on his land next to Halton manor. During the First World War, there was an agreement between Rothschild and Lord Kitchener that the estate be used by the British Army, and in 1916 the Royal Flying Corps moved its air mechanics school there. A year later, the AFC would be permanently moved to Halton, with the government purchasing the land at the end of WWI for £112,000.

There is now a museum named after Viscount Trenchard at RAF Halton, which has preserved the station’s rich history. In 2010, they even re-excavated the training trenches used in WWI as an educational exhibit.

In 1839 came the invention of photography, and with it the desire to take more comprehensive photos of cities and landscapes; thus, the panoramic photo was created. Early panoramas were created using conventional cameras, rotated after each shot and then mounted together once printed.

In the late 1800s, cameras were made with the specific purpose of taking panoramas. The two methods used were a swing lens, where the lens moved, and the film stayed put and 360-degree cameras, where the film and camera rotated together. One example is the Cirkut used to take this magnificent Wendover photo, which was patented in 1904 and could take 360-degree photos with the help of a special rotating tripod. It took large-format photos and was predominantly used for city landscapes, group portraits and special events. Photos could end up being up to 20 feet long!

This particular photo was taken by Panora Ltd, a photographic company specialising in Panoramas. It was founded in 1916 in Clerkenwell, London, and mostly took group photos for schools and colleges.

Minerals: What makes them special?